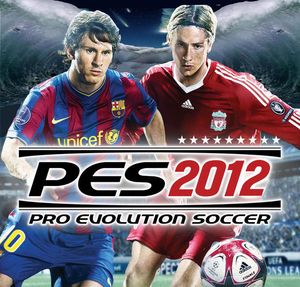 PRO 2012 Winning Eleven 2012 is known as Pro Evolution Soccer 2012(PES). It is the eleventh edition in the Pro Evolution Soccer series developed and published by Konami with production assistance from the Blue Sky Team. The game managed to sell over 250,000 units in its opening week in Japan and take to the top of the Japanese Video Games Weekly Sales Chart. PES is a worthy rival to EA Sports’ FIFA 12, and even though the idea of both games are the same, the PES series has some things that make it stand out. The game has a slightly dark and realistic look, matches look lifelike, thanks to a more than competent graphical engine. PES 2011 is exclusively licensed by UEFA to contain the UEFA Champions League, UEFA Europa League and UEFA Super Cup competitions along with a license from CONMEBOL to feature the Copa Santander Libertadores. The top rated stars like Lionel Messi and Cristiano Ronaldo have deals with PES and have appeared on the cover at one time or another. Pes 2012 available now for PlayStation 3, Xbox 360 and Windows PC.