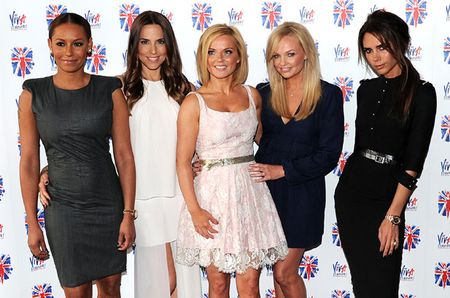 Britain’s most famous group of the ’90s reunite to close the London Olympics Games on Sunday.

The Spice Girls are among the latest British acts reportedly tipped to sing for their tickets at the closing night ceremony of the London 2012 Games. The closing ceremony will be a fun tribute to British music. The Who, George Michael, Adele, Brian May of Queen, the Pet Shop Boys, Muse and Ed Sheeran have all said they will take part in a show that will include performances of 30 British hit singles from the past five decades. Paul McCartney has already performed at the opening ceremony, but it’s inconceivable that there won’t be a bit of Beatles music in a tribute to the best of British pop. There will also be samba, colorful costumes and some 300 performers, including supermodel Alessandra Ambrosio, created by the next Summer Games host country Brazil.