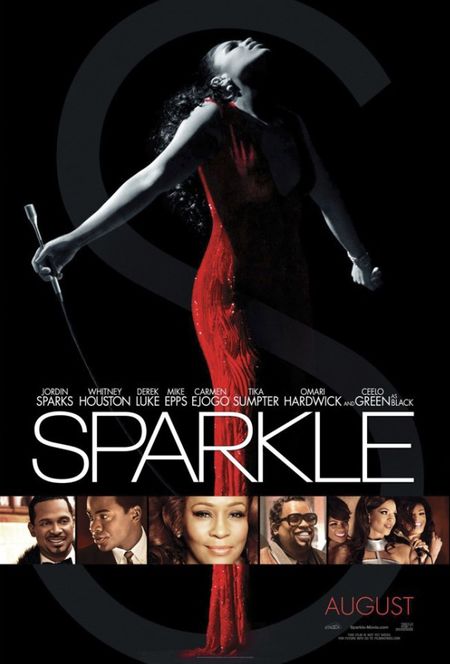 Sparkle starts off in six months after the singer’s tragic demise in a hotel bathtub. The late great Whitney Houston served as executive producer and stars as Emma, mother whose dream of a singing career never materialized. The film is a remake of the 1976 film starring Irene Cara and Lonette McKee, with a score by Curtis Mayfield. The story’s about a trio of supremely talented sisters in late sixties Detroit – Sparkle Anderson (Jordin Sparks, a former “American Idol” winner), sultry Sister (Carmen Ejogo) and brainy, practical Dee (Tika Sumpter). Most of the focus on the film has been on the fact that it is the last onscreen performance of the late, great Whitney Houston. She dominates the new “Sparkle” and gives its most compelling vocal performance. Houston’s daughter Bobbi Kristina hugged Sparks on the red carpet before heading in to Grauman’s Chinese Theater.