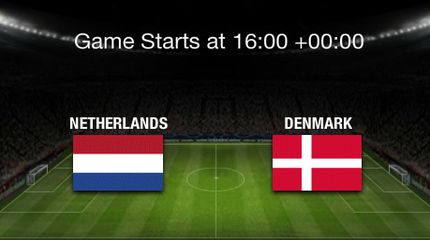 Netherlands are amongst the favourites to win Euro 2012. Having reached the World Cup final against Spain in 2010, they enter Euro 2012 with the aim of winning the cup at all cost. It will be very hard in a “Group of Death” consisting of Germany, Portugal and Denmark.

Denmark qualified for Euro 2012 as winners of their table, Group H. They will open their campaign against the Netherlands from whom they took four points in qualifying to top their group. Squad will need huge performances if they are to get so much as a point from any of these games.

Match Netherlands vs Denmark will be held on June 9 at Metalist Stadium, Ukraine.
The official Euro 2012 broadcasting centre will be located at the Expo XXI International Centre in Warsaw.
TVP, NTU and TRK will be broadcasting all matches from Poland and Ukraine.
UK – BBC One
US – ESPN3, ESPN Deportes, ESPN