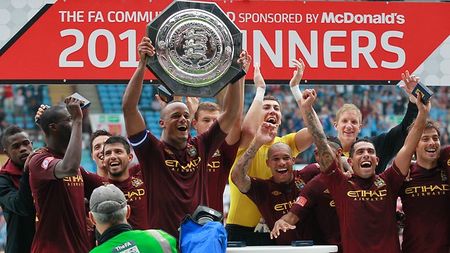 The Community Shield is the traditional start of the season contested between the champions of the previous Premier League season and the holders of the FA Cup. For Manchester City it was a first success since 1972. Chelsea took the lead on 40 minutes through Fernando Torres, but Branislav Ivanovic was given a red card for making a sliding tackle on the run into City’s Aleksandar Kolarov. Manchester City got goals after the intermission from Yaya Toure, Carlos Teves and Samir Nasri. Chelsea Ryan Bertrand made the final 10 minutes of the match very interesting by scoring his first senior goal. “It was a good performance,” Roberto Mancini said.