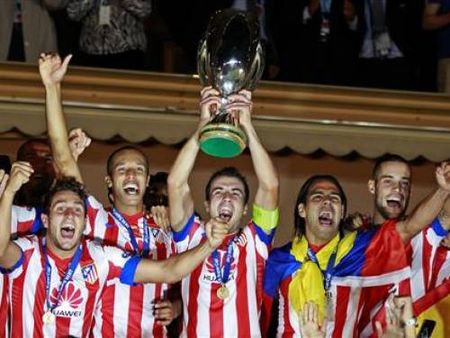 The Colombia international Radamel Falcao scored a brilliant hat-trick as Atletico Madrid crushed European champions Chelsea 4-1. It’s the second time Atletico has won the trophy. Former Atletico striker and idol Fernando Torres hardly had a touch of the ball, but was hugged by some Atletico fans and most of the Atletico players after the final whistle. Brazilian defender Miranda made it 4-0 after 60 minutes to make sure of the victory. Defender Cahill got a 75th minute consolation goal for Chelsea but it did nothing to disguise the dominance of Atletico.