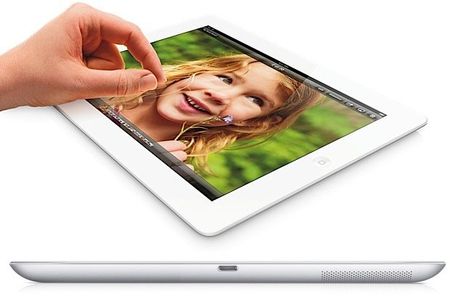 The new iPad 4 has all the same basic features and specs as the third-generation iPad. There’s only one visual change to the design which now features the 8-pin Lightning connector instead of the traditional 30-pin dock connector, but this fourth-generation model is significantly faster than its predecessor in every way.

The iPad 4 is only upgraded in one major area, but it’s quite an upgrade. Its A6X chip features a 1.4GHz dual core processor, along with quad core graphics. Apple promised over twice the performance of the 3rd-generation iPad.

As if to celebrate the release of its two newest tablets, Apple has also started rolling out a software update for all of its most recent iDevices, that will make them run iOS 6.0.1. But the launch of long-awaited devices brought small crowd. Instead of inspiring a large crowd of techies to wait in line all night, the company could barely muster a crowd of 20 people.