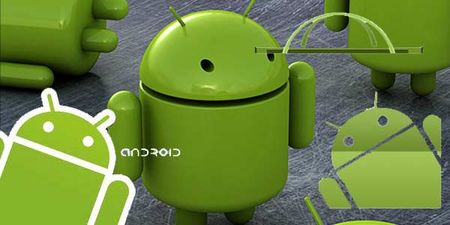 According to market research firm IDC, Android took a 75 percent share of the smartphone operating system market in the third quarter. Google offers its Android operating system free to phone manufacturers, and primarily makes money from online advertising when consumers access its services on the devices.

Blackberry operating system had 7.7 percent share in the third quarter, compared with 9.5 percent a year earlier.

Symbian, which had 14.6 per cent share a year ago, had a 4.1 per cent share in the third quarter. Smartphone maker Nokia still offers the Symbian software in some of its phones, but the company has largely shifted to Microsoft’s software.

Mobile versions of Microsoft’s software accounted for 3.6 percent of the smartphone market in the same period. But the recent launch of the new Microsoft Phone 8 operating system could improve its position in the fast-growing market.

Windows was also the only member of the top five mobile operating systems aside from Android and iOS to see positive market share changes. Both BlackBerry and Symbian, which placed ahead of Windows, dropped by 34.7 percent and 77.3 percent respectively.