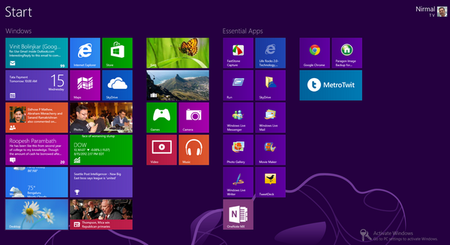 Microsoft released the Windows 8 RTM for the TechNet and MSDN subscribers.

They aren’t the only ones who can start using Microsoft’s new Windows 8. Microsoft has made a 90-day trial version available for download for developers and IT professionals. Trial users get to install Windows 8 Enterprise edition, either 32-bit or 64-bit, and test the new operating system for three months. It includes a few additional high-end features: Windows To Go, DirectAccess, BranchCache and so on. To download the operating system users need to have a 1GHz processor with 1GB of RAM and 20GB of hard disk space as minimum setup requirement. After installation you’ll need to activate the trial within 10 days. The consumer versions of Windows 8 are still on track for an October 26th release.