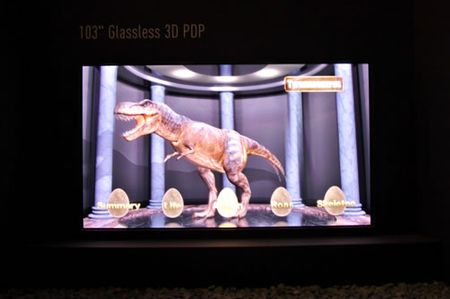 The 3D Plasma TV set was being shown as a business tool at the IFA 2012 tradeshow in Berlin, Germany.

Panasonic shows its 103-inch glassless 3D television at its massive IFA stand on August 31, 2012. One of difficult issues is to generate a convincing 3-dimensional images without the use of either active-shutter or polarized 3D glasses. To make glasses-free 3D the set uses a lenticular filter, implemented on screen to deliver slightly offset images to the viewer’s left and right eyes, but the end result typically means narrower viewing angles. Currently, there’s no word on the set’s release date, pricing information or other specs. 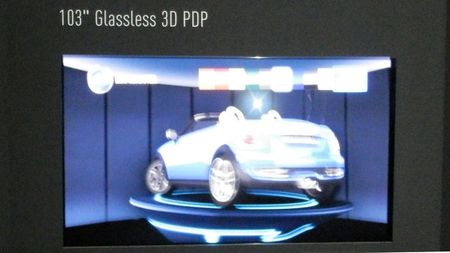