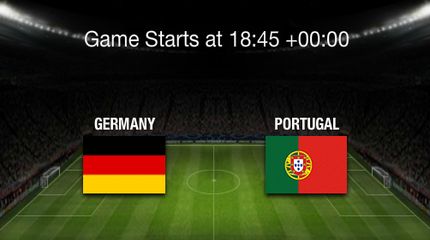 Germany is one of the tournament favourites and begin their European campaign in Group B alongside The Netherlands, Denmark and Portugal. They are capable to win the tournament and raise their game against great opposition in this “Group of Death”.

Portugal were the last team to qualify for Euro 2012 and unfortunatly find out themselves in this fascinating group. Although Ronaldo has incredible pace on and off the ball, their dependence of Ronaldo can become somewhat of a problem for them.

Match Germany vs Portugal will be held on June 9 at Arena Lviv, Ukraine.
The official Euro 2012 broadcasting centre will be located at the Expo XXI International Centre in Warsaw.
TVP, NTU and TRK will be broadcasting all matches from Poland and Ukraine.
UK – BBC One
US – ESPN3, ESPN Deportes, ESPN