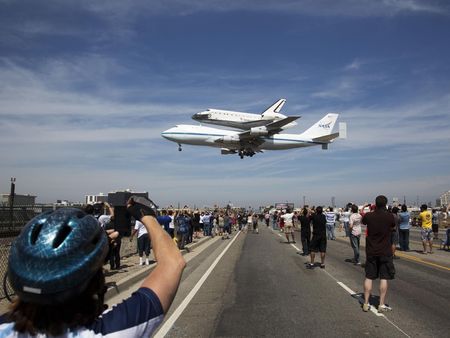 Now space shuttle Endeavour is a permanent resident of the state of California.

The shuttle will be permanently displayed at the California Science Center in Los Angeles. Endeavour rocketed beyond Earth orbit 25 times and its last mission is a 12-mile parade through the streets of Los Angeles to its new retirement home in a museum. A two-day parade from Los Angeles International Airport(LAX) to the California Science Center is scheduled to begin Oct. 12. The move prompted officials to cut down hundreds of trees and remove light standards to accommodate the large spacecraft. New trees will be planted later. The cost for shipping and handling Endeavour was estimated at $28 million.